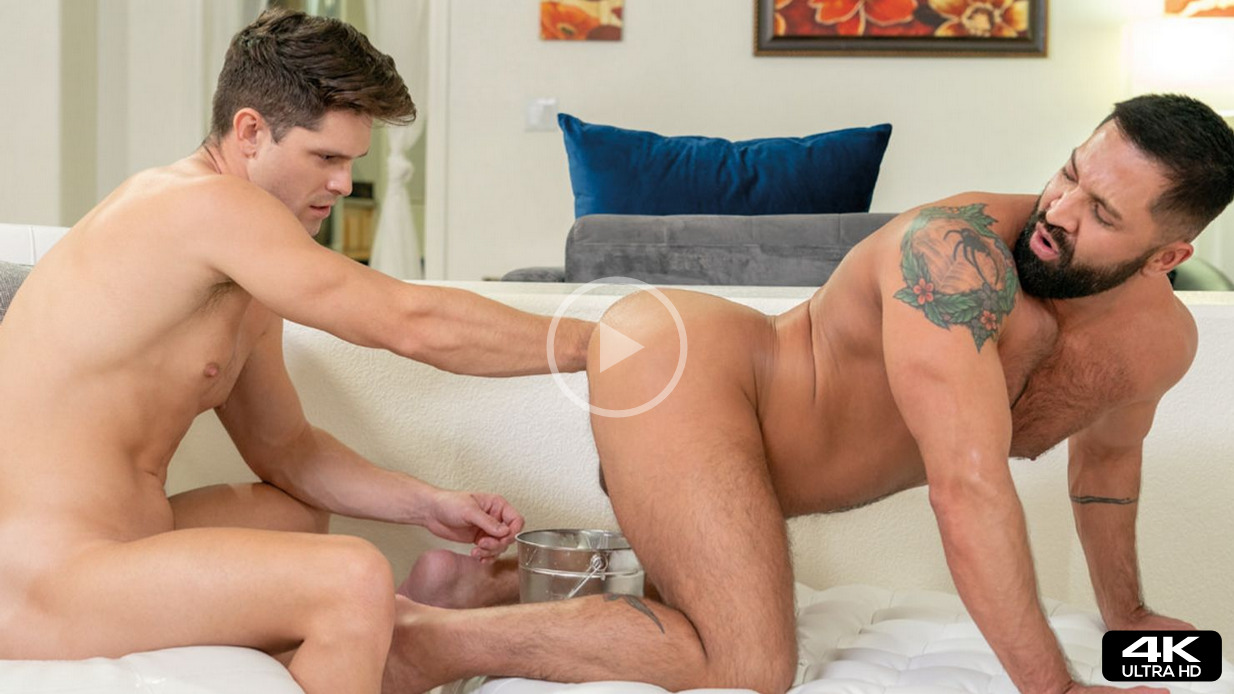 Dominic Pacifico is at home with his tutor Devin Franco, trying to get some studying done. After hitting the books for hours, Dominic suggests they take a break to refocus their attention. When Dominic grabs his tutor, Devin goes straight for his students bulge and whips out his thick cock. Devin takes his time licking every inch of Dominic’s dick and hole before preparing to stuff him with some dick. Inch by inch, Dominic’s hole embraces Devin’s cock as it pushes on his prostate. Devin’s cock is nice, but Dominic wants more. Eager to give the jock what he wants, Devin works his fist deep into Dominic’s welcoming ass. After getting used to Devin inside him, wrist-rider Dominic rides Devin’s hefty hand however Devin sees fit. After an intense ride,Dominic gets on his back and jerks his cock while Devin pounds his fists in and out until Dominic erupts a fat load all over his leg.