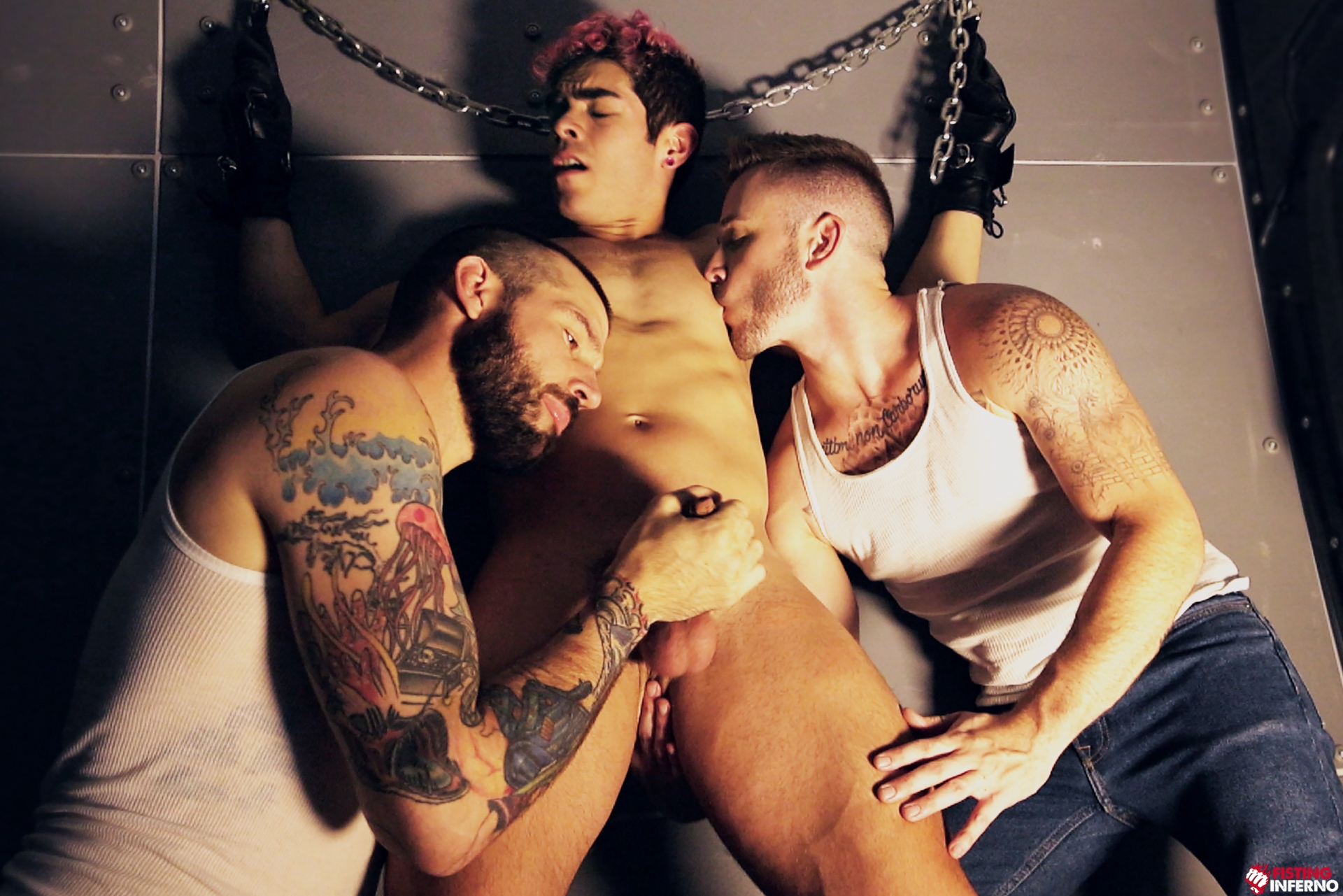 Walking alone in the pitch-black night, an innocent Cazden Hunter agrees to take a ride from a couple of strangers who pull up in an ominous white van. Almost immediately, the young man finds himself pulled inside of the vehicle and chained up wearing nothing but a black jockstrap. Cazden moans as scruffy strangers Buck Richards and Andrew Delta flog his bare body and begin to finger his hole while sucking him off until he’s shooting ropes onto the floor of their van. The men aren’t done with him just yet though. After unloading his bound body into a vacant cargo container, the grimy men stuff him at both ends with toys and their raw cocks before placing a dildo face mask over his mouth. With the bright red plastic cock lubed up, Buck backs his hole into the mask and rides it into the night. 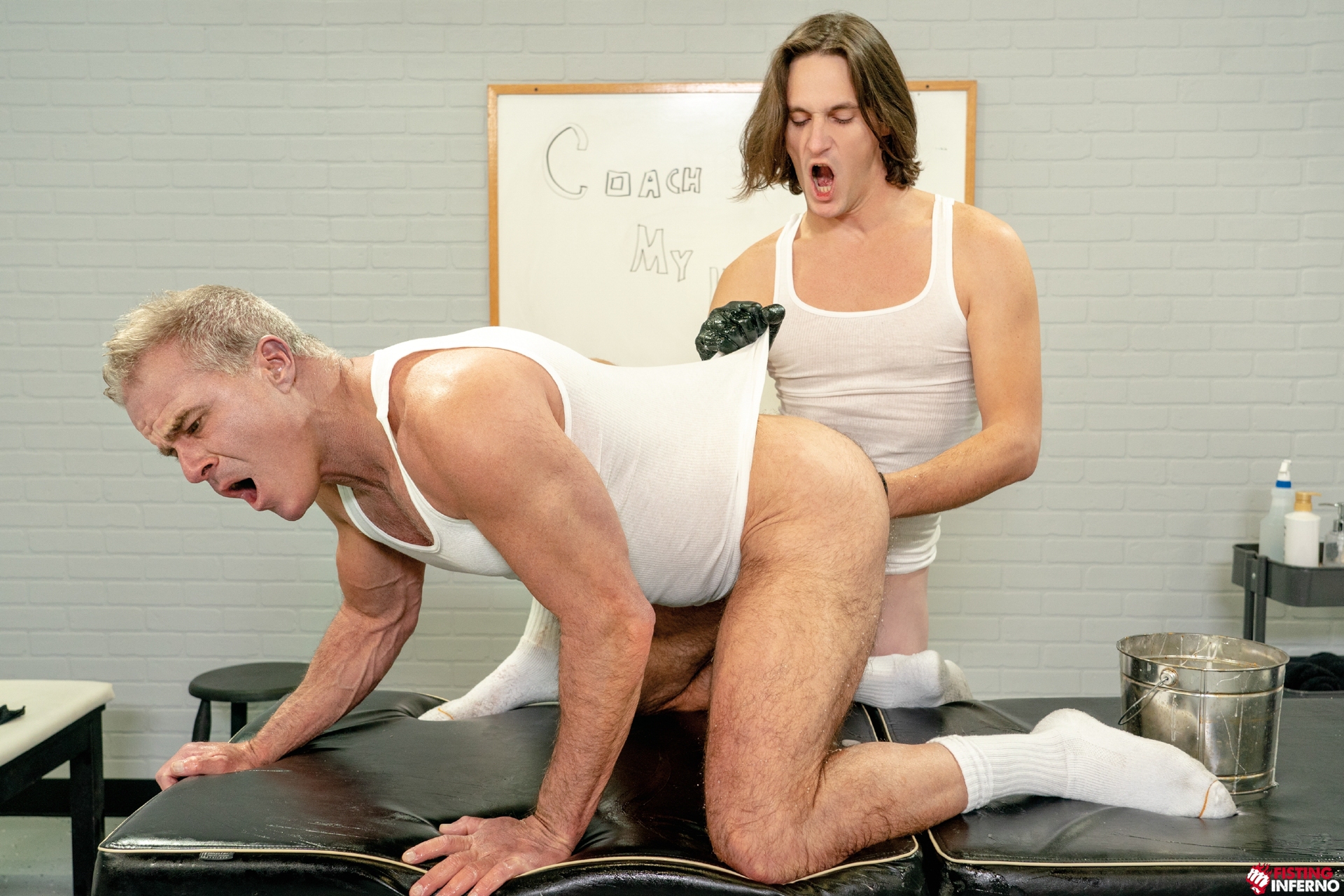 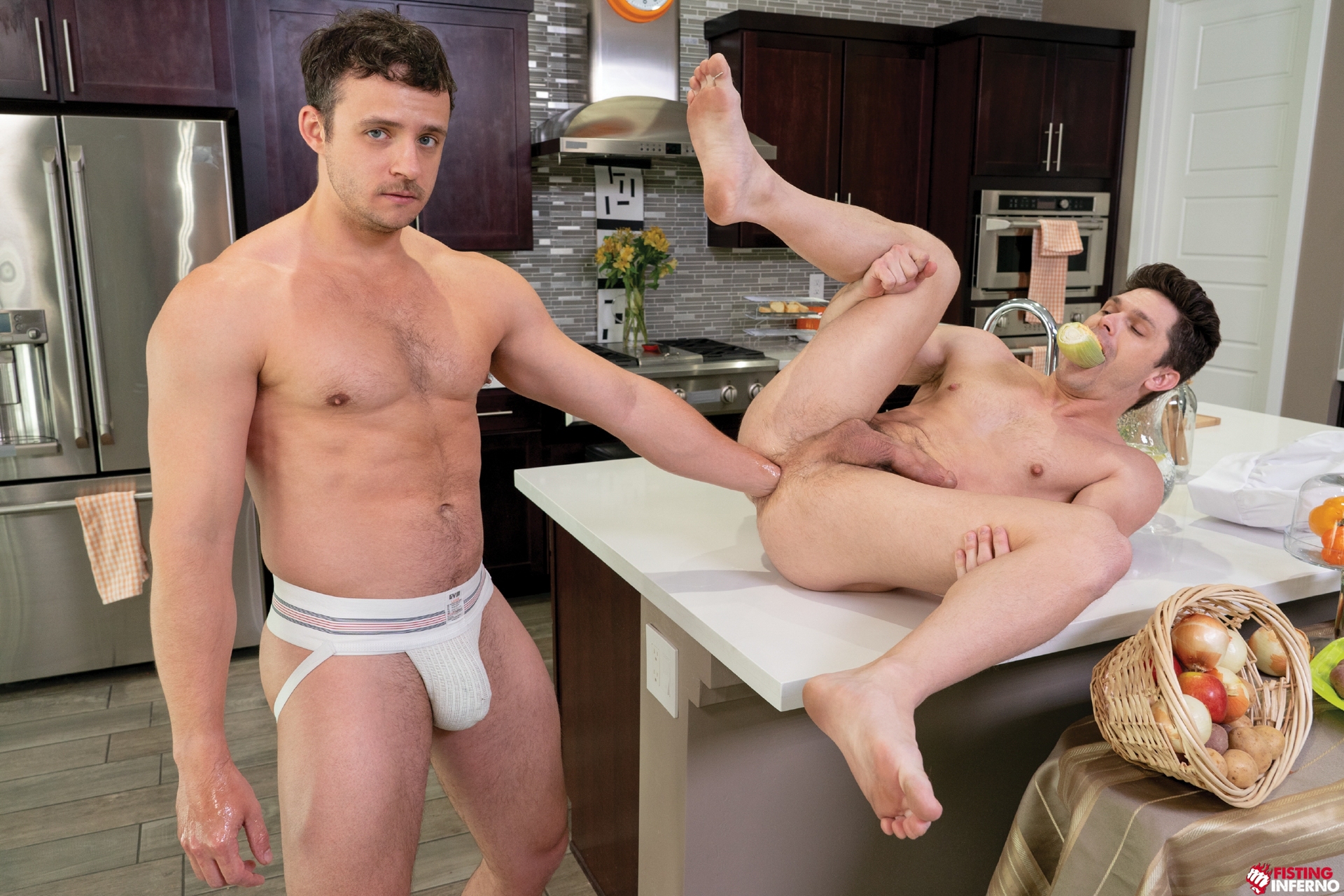